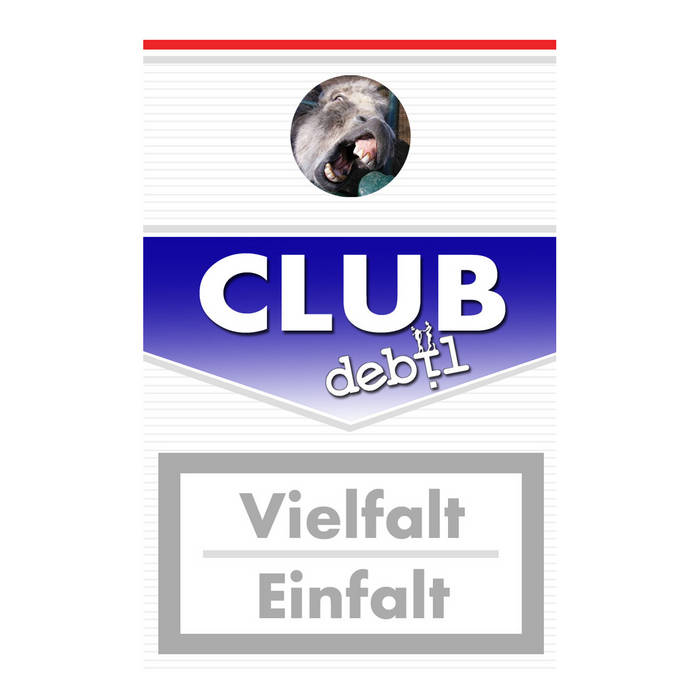 it all began in 1995. i was sitting with a friend drinking a beer in student's club 'aquarium' in dresden. i said: 'this year's 15th anniversary of ian curtis' death. i should do a party.' he replied: 'so why don't you do it?' yes, why?

a few years later in 1999 i was highly involved in the dresden independent & dark wave regularly organizing parties and djing. at that time i focused more and more on experimental music. some friends from prague asked me to set up a show for them with skrol and schloss tegal and i did with the help of 'rosi' a well-known figure in dresden music scene. so the first gig took place june 9th at now legendary club müllerbrunnen. at this time there was no name for the project and i called it (for this only time) 'ungehörig', meaning as much as 'indecent'.

when the friend, who led the fanzine, died in a car accident, i wasn't willing to give up the idea of releasing a publication. so i started one on my own, looking for a proper name. i wanted a name, that does not point you directly to a special scene, because my musical and cultural interest had always been much broader than one genre. don't ask me why; i ended up at 'debil', a nowadays unfamiliar german word, meaning as much as 'intellectually limited', 'stupid', 'moron'. i think the main reason for that choice was an anti-attitude. at a time and in an environment, when and where everybody wanted to be elitist, i've chosen the limitation.

back to music: in the early 2000 years, there had been some parties under the name 'tanz debil', pointing to the well-known song of einstürzende neubauten - an implication that i realized not in the first row. the concerts where still held under different names, i don't remember all of them. at this time it became obvious, that you have to have a website and because debil.de was already gone, i decided for club-debil.com as the platform for the magazine in 2002. in early 2003 i also changed the name of the parties to club|debil. at this time we had only one or two concerts a year, so i'm not sure, if they were named the same way, but the name merged with the 'organization'. 2005 and 2006 were the most productive years in club|debil history with several concerts at sprungschanze, a club now gone, and alte feuerwache, our regular place for more than ten years now. within that years club|debil had become a real club with a lot of people involved, helping to set up the shows and party with us. to name a few and to thank them: martyn, mike, the three eric(k)s, claudia, gasi, daniator...

since 1999 a great number of bands have played at club|debil shows, to be honest, i never counted their number. projects from all over europe, from the united states, japan, even from chile and singapore. though i don't know a number, i remember meeting a lot of fine people, together having great nights full of fantastic music, interesting talks and heavy celebrating...

club|debil never had been a 'professional thing' and very probably will never become a big hype or incredibly 'successful'. but who cares? we go on in our d.i.y vein, trying to make the best out of our resources, supporting artists and art we like. maybe that's a limitation, but we enjoy it!