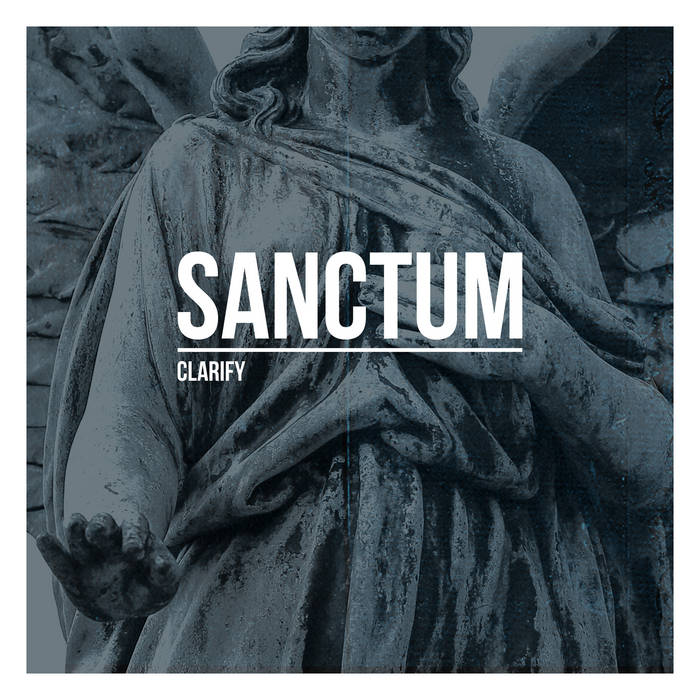 some things have to be clarified; and since the original run of this release was just a scarce 50+ copies manufactured as a concert giveaway, it was about time someone dragged this fine collection from obscurity. ‘clarify’ is culled from the three proper tracks of the ‘answer to his riddle’ vinyl 10’’, a couple of compilation contributions from 2000 and 2001 and no less than five tracks exclusive to this release.

especially the vinyl cuts hark back in style to the male/female bittersweet contrasts of the legendary ‘lupus in fabula’ debut, with the heavenly anthem ‘[-]’ and the intense duet ‘madelene’, while ‘in two minds’ from the same release first taps into the classic cold meat sound, before the trademark harsh male vocals set in.

the rest of ‘clarify’ is a manifold affair again, with symphonic pieces like ‘redeem’ or ‘for the last six years’, dark industrial like ‘the endman’, the female sweetness of ‘stone’ and the grim aggression of ‘splinter’.

‘clarify’ is an emotional rollercoaster ride, presenting the unique strength of the original sanctum line-up for one last time. looking back, its a worthy account of that incarnation, and a collection of music that works as a whole and feels as if it hasnt aged a day. sometimes it just takes one and a half decades to clarify things!