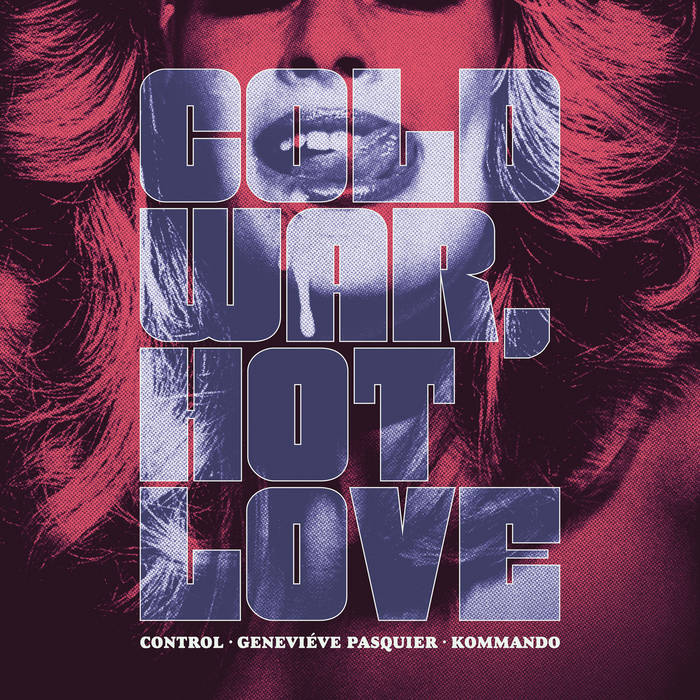 the initial concept for this one-of-a-kind collaboration was formed back in 2013 when geneviéve pasquier, dan courtman (kommando) and thomas garrison (control) had the idea for a mutual release after meeting in person. after some years of recording, the transcontinental exchange of material and ideas, processing, texturing and construction of the eight tracks, they are finally available now on both vinyl and digital format.

'cold war, hot love' - the album title contains the contrast as well as the common ground for this united venture in which three individual projects integrate their individual force to achieve an unmistakable, massive commixture. while each track shows a different face, there is always an audible leitmotif throughout the entire release. distinct elements of power electronics, post-industrial soundscapes and repetitive minimal sequences are precisely set up to form to a whole unit. hypnotic beats, atmospheric, processed industrial noises and manipulated vocals generate a multiplicity of conflicting moods ranging between aggression and paralyzing states of trance.

the commonality between love and war when it comes to intensity and depth is unquestionable - with this oeuvre, geneviéve pasquier, control and kommando have managed to perfectly illustrate it.