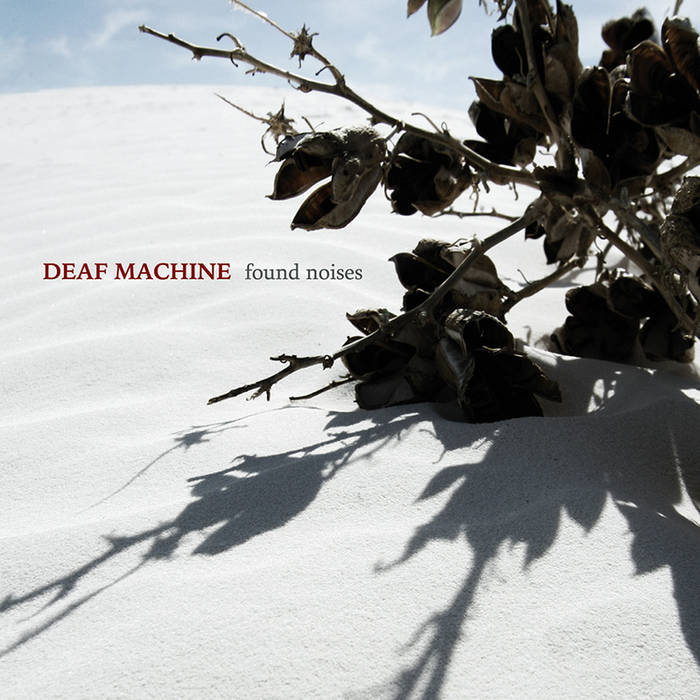 the groups in the nyköping/oxelösund region of sweden (megaptera, the protagonist, morthound) have been thoroughly documented in the past. however, one crucial missing link of this micro-scene has been overlooked, and not given the deserved recognition. until now, that is. mikael svensson, founding member of megaptera, also did his own project deaf machine but it vanished without leaving many traces behind. besides a couple of wildly obscure self-released tapes, the only other artifacts were contributions to seminal compilations such as "in the butcher's backyard" (cmi) and "death odors" (slaughter prod.).

not content to rest on their laurels after the successful inaugural release by ordo rosarius equilibrio, the fresh german label raubbau has decided to highlight deaf machine with an ambitious re-release schedule that covers two separate cd albums. this first one, "found noises", contains one of the tapes, two tracks culled from compilations, and one previously unreleased track.

the similarity with megaptera lies in the frequent use of voice samples from movies and news broadcasts. but whereas megaptera relies on a method of pounding machine rhythms, deaf machine opted for a subtler approach that is more based on textures and moods. the mix of muffled voice fragments, disjointed rhythm loops, and crude, bass-heavy synth-noises sound unlike anything else that came out of sweden at the time. a unique sound by a neglected artist that thankfully will no longer remain a secret within the small circles of cognoscenti.

tracks 1-5 originally a split tape with instant cold commando,
self released in 1992 in an edition of 10 copies.

track 6 was planned to be on a compilation but remains unreleased.

every effort has been made to improve the sound.
however, some anomalies still remain due to the limitations of the original source.