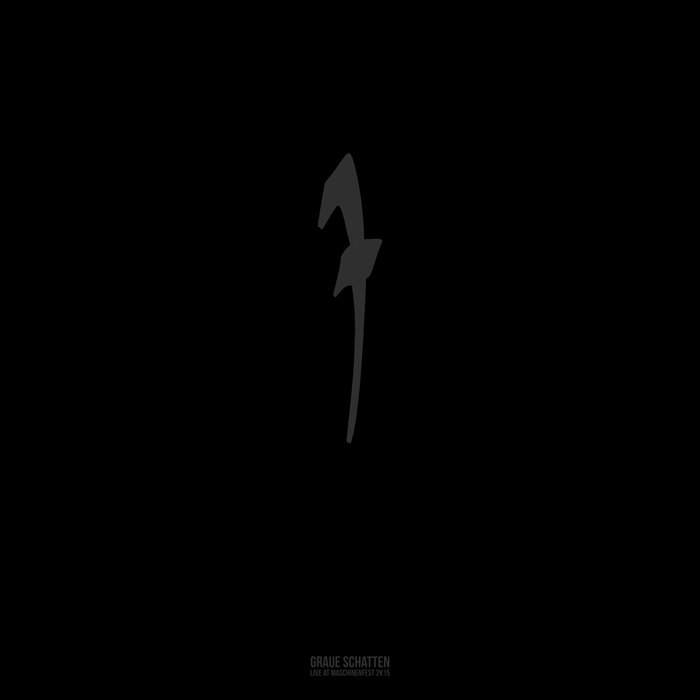 tracklist:
a1 es
a2 ein tropfen im feuer
a3 duell der letzten
a4 kaleidoskop
a5 blauer mond
a6 zwischen liebe
b1 springen
b2 zerstörung
b3 satellit
b4 spieler

he german cult band 'fliehende stürme', active since the mid 1980s, spearheads of the darkest variety of punk. 48 minutes of headstrong guitar playing, an inimitable voice and a tilt to the low end, not the usual sound heard at the maschinenfest 2015, but actually their 2nd time already - and the crowd went for it, as you can hear between the songs.

if you ever needed proof that a maschinenfest is different from other festivals, it is surely provided by the fact that the organizer not only invites unknown and experimental acts for good measure, but also features bands completely out of the electronic box. fliehende stürme have been a personal favourite of his for decades, and he has organized several of their legendary concerts. for his affair of heart, the old lad has not only contributed the cover artwork, but also joined fliehende stürme on stage for the band’s classic song 'spieler'.

'graue schatten' spans the band’s entire discography, and also shows how consistent they have been in shaping sound, deeply rooted in post punk, with a very unique personal note, which has also earned them a strong crossover credibility. fliehende stürme are also famed for their sophisticated lyrics, oscillating between social criticism and personal issues. embrace the 'grey shadows' and submit yourself to aggression and melancholia in perfect balance!