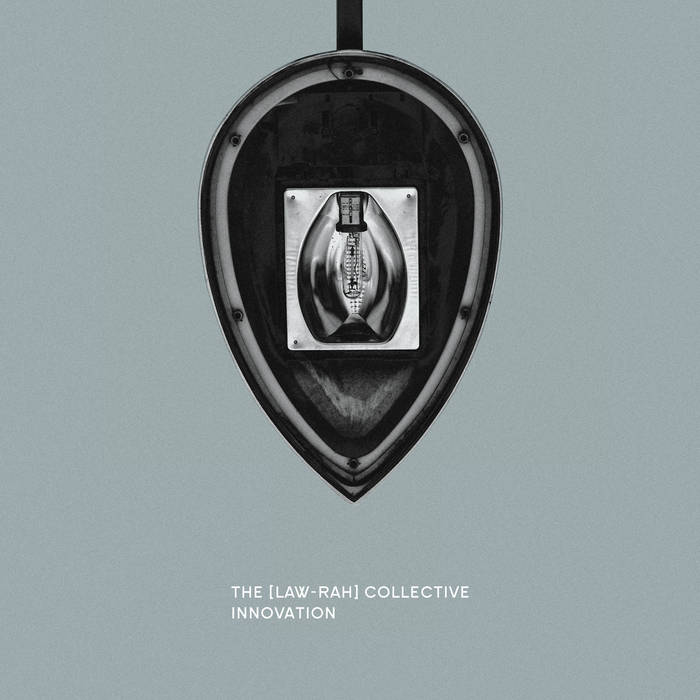 the latest output by the [law-rah] collective is called 'innovation'. on this release the utrecht based duo consisting of martijn pieck and bauke van der wal chose to explore new methods within each of the steps it takes to create an album.

the experiments have led to an album with seven coherent yet diverse tracks with a total playing time of just under an hour. from this perspective, the story that is being told never gets boring in any way. it grabs your attention from the first tones of 'the theory of co-evolution' and it doesn't let you go until the final moments of 'diffusion of innovation'.

while they were working on 'innovation' pieck and van der wal stayed close to the sonic palette for which the collective is known and appreciated; it's still those massive drones - or if you prefer noisey soundscapes - which at moments hurt either your ears or your emotions. but the album is called 'innovation' for a reason, so how the album was created has changed in all possible ways: sound sculpting, composing, mixing, mastering and even collaborating ...

the sound sculpting part was done all with modular synthesis. all sounds have been created from scratch, which was long trajectory of pulling and patching cables and intensive listening until the sound was what it needed to be.

as for the collaborating part, with 25 years of working together it was hard for pieck and van der wal to try something new. for 'innovation' the workflow of creation was considerably different than any other album by the [law-rah] collective. the outcome could have gone two ways: either all the tracks had no relationship to each other, or the tracks would form a coherent story with matching production.

with 'innovation' the [law-rah] collective asked themselves whether it pays off to leave the beaten track; to take a step back and question yourself and your ways.

it's a proven fact: 'innovation' has become a very intense and consistent album with a clear message. it's not for your average background listing sessions. the sounds are all over the frequency spectrum and the compositions are quite demanding to the listener.

this time the collective is martijn pieck and bauke van der wal - www.darkambient.net