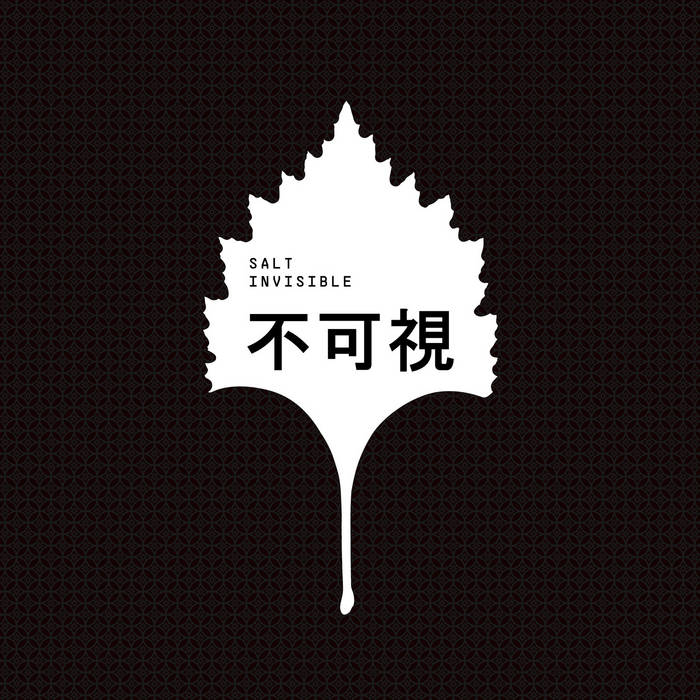 nothing is everything is invisible
all conscience goes hand in hand with the certainty of things beyond immediate perception; all human interaction demands vis-à-vis respect for the hidden history of the individual. defy the conceptual, the distraction of the manifold, embrace the dialectic nature of life and the certainty that nothing does not mean anti-existence, but infinite possibilities, a breeding ground for everything possible.

noise pop beat massacre with a japanese green tea infusion
it has been done because it’s possible, and because it’s time. salt needs no introduction for his work as a label owner and graphic artist, but as a music producer has been inactive for over a decade, and surely few musicians come up with their debut album no earlier than almost 30 years down the line. 'invisible' is truly genre-defying, and not in the usual sense that it incorporates aspects of different genres - it is neither noise nor pop in the sense that it fulfils the usual expectations these terms conjure up. the japanese infusion (i.e. sonic references) weaves a red thread, the reflection of positive nothingness is the intellectual backbone, and the music might serve as a diary.

invisible
'nothing is everything', a hum, a metronomic sub-rhythm, distant voices, the track works like a canvas. 'feeling connector' is the closest this will get to pop, an anthem of bittersweet minimal electronica featuring japanese artist noiseconcrete and the haunting, strangely detached vocal performance of his female partner 3CHI5. so after two tracks the extremes of this album are fathomed, and it’s from there that the 'massacre' unfolds: undeniably noisy like 'beneath the skin' or 'cream crackered' (which is cockney slang for incredibly tired), with a wobbly rhythmic backbone like 'inhale', 'unhidden content' and 'fear of yellow' - or wildly oscillating between both, like the aptly titled 'after diner dip', a point in time when different moments amalgamate. even for the easier sounds of 'wasuremono' (i.e. lost things) 'invisible' is not to be taken lightly, and closes with the sinister organ sounds of 'be all and end all', the shakespeare-coined phrase that means the raison d’etre, the essence. running at a classic 45 minutes, this salt album will be nothing to many, but possibly everything.