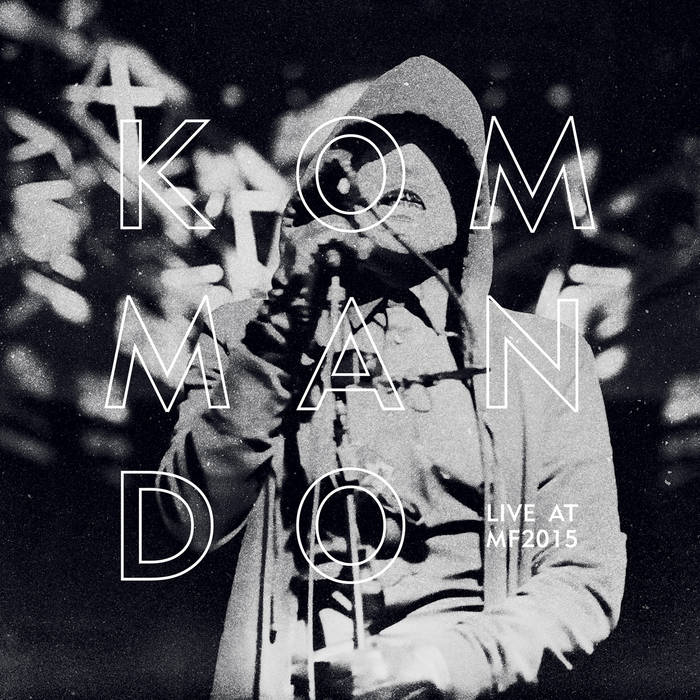 kommando’s live act from 2015 is a rather obvious addition to the raubkauf series: industrial aggression galore, with an extra flavor of stage roughness. those who witnessed kommando on stage will remember a most aggravating and intense experience, the musicians clad in robes, confronting the audience with their upfront power electronics of the darkest kind. the intensity of the live act had also been proven on raubbau’s 'der tag der befreiuung ist nah' festival in berlin in 2014, which had been the first appearance after the project’s reanimation.

originally a pre-thorofon outlet for all kinds industrial sounds, the two more recent ant-zen albums 'kranial klash' (2015) and skull snake (2015) are straightforward, undiluted expressions of death industrial and power electronics of the most extreme kind. coming on with the surging impact of a contemporary production, kommando is not for the faint of heart and is totally not recommended for casual listening.

this presents the entire maschinenfest gig, made up of tracks from both above mentioned albums and a few unreleased tracks thrown in for good measure, a descent into the filthy pit of industrial music; music that screams (!) for performance, for the growls, noises and distorted vocals to be savored at their hostile best.