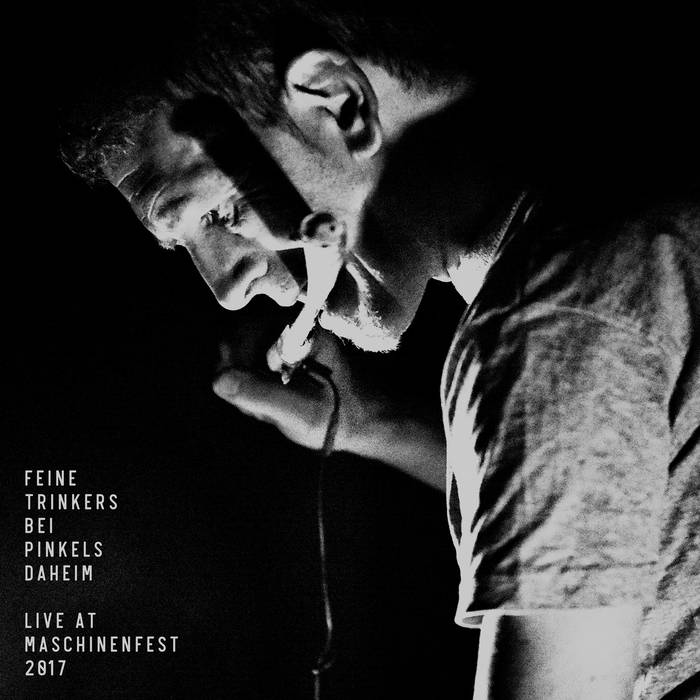 for over two decades german act ftbpd has been promoting alcoholism in posh homes via a string of releases in various formats, and especially through their discerning live appearances. this recording captures the second maschinenfest appearance (after 2009) of the now solo trinkers: a moment of playful elation coupled with a proverbial attention to detail, performed not on stage, but rather among the audience to achieve the attention and interaction that ftbpd sound demands.

‘this is not detroit’ is clearly true for the complete and obvious absence of all things soul or techno, ftbpd is about the exploration of the bizarre and the arcane with help of heavily processed and collaged sounds, drones - and of course noise. both tracks clock in at just over 15 minutes, and both manage to keep the suspense level high throughout: ‘this is not detroit 1’ works from soothing drones over quirky psychedelia to a noisy crescendo; ‘this is not detroit 2’ kicks off with disturbing sounds of fighting and war dissolving in an eerie, anxious atmosphere - and yet more noisy sonic debris.

those in the know will surely enjoy the demanding, quality experimental ambient industrial that avoids all traps of pretentiousness or verbosity, a fine addition not only for posh homes.