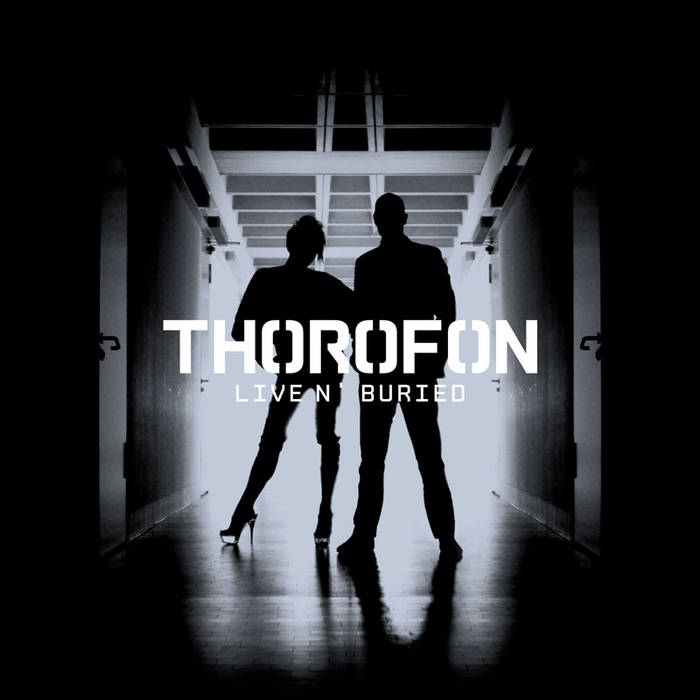 thorofon have always been about sharp contrasts: harsh and catchy, upfront and subversive, male and female, on and off. after a five-year-hiatus between 2005 and 2010, they recorded their 'exkarnation' album for ant-zen and returned for a packed live performance at the maschinenfest, where they presented an amalgamate of their newer industrial pop tracks (best represented by the appropriate adaption of spk’s 'flesh and steel') with moments from their own noisy history, like the eternal power electronics floor filler 'riotdictator'. the eight tracks of this performance are a display of enthusiasm, with a common groove provided by 'real' drumming.

the second half of 'live n’buried' was recorded in 2013 at the le petite bain club in paris (just like parts of the control tape from the raubbau/pflichtkauf series). here thorofon take their fathoming of extremes even further, the decidedly electronic sound providing scorching industrial devastation as well as neat electronic melodies - a development the fans also could observe on their mlp 'targets', of which two tracks are featured here, as well as two unreleased ones!

confident and experienced, thorofon are one of those acts who follow the idea that playing live is more than presenting studio material to an audience, their authentic approach of unconcerned dialectic coming on stronger than ever.