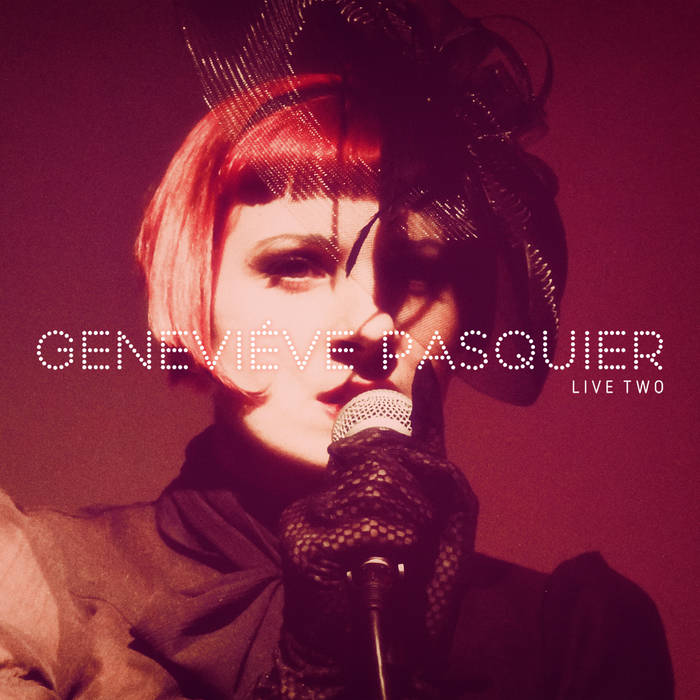 after one comes two, but since this is raubbau, it’s with a twist – going back in time instead of forward. covering 14 live tracks (seven from 2004, six from 2006 and one from 2010), this record was made with love and glitter, albeit displaying the more minimal electro and post industrial roots of geneviéve pasquier.

with the majority of tracks being culled from the 2006 ant-zen debut 'soap bubble factory', this is a document of transition, the becoming of a diva, with geneviéve’s unmistakable croon not yet in full bloom and the vocals sometimes still working more as a support of the melodic and rhythmic elements rather than leading the tune.

this evolution is obvious in the two included versions of ‘i love you’: the rough & rhythmic noise banger from 2004 turns into resonating adult pop in 2010. and it is within these extremes that live two works: analogue electro earworms like ‘soap bubble factory’ alternate with experimental tunes like “drip’n’glisten’, industrial funk like “existance” comes after a very confident vocal performance like ‘8pm daily news’ - anticipating the geneviéve pasquier sound that would later unfold.

much expected after live one, and even more so after the recent success of the ‘louche effect’ album, this look back at what once was is much appreciated, especially with this exceptional, time-defying artist and remarkable stage character!