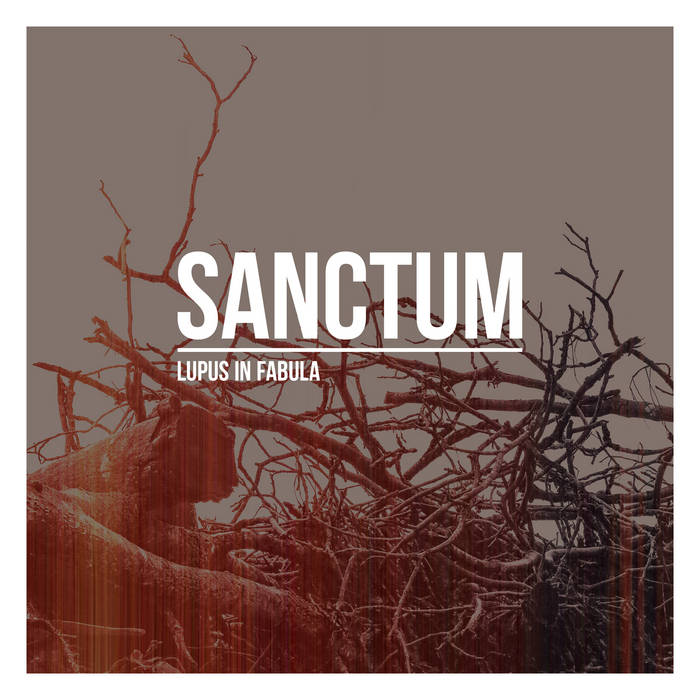 lupus in fabula, the wolf in the fable, a timeless motif, a timeless album: when swedish band sanctum released their debut on cold meat industry in 1996, it struck like lightning, for it pushed the label’s following out of their dark industrial comfort zone with a sparkling mixture of styles.

in their full original line-up sanctum included female vocalist lena and acoustic strings played by marika, setting the perfect contrast of ethereal beauty against the industrial harshness provided by the male band members. from the narrative intro "dragonfly" there is a stream of contrasting elements, presented in a coherency and with a level of talent that still impresses a couple of decades later.
from the scraping industrial march of "in two minds" to the heavenly anthem "juniper dream", from the psychedelic goth flavor of "inner sanctum" to the guitar grunge of "decay", from experimental ambience to on-spot song writing, "lupus in fabula" oscillates between tender and harsh, between female and male, between acoustic and electronic, bringing all of the above together in a way that remains unparalleled.

you’ll be hard pressed to find any weakness along the 65 minutes of this album, so it comes as no surprise that it is still ranks as a favorite album with many. while the "cult" tag may be worn thin a bit, it is much deservedly attributed to sanctum’s debut, so it’s high time someone made it available digitally!