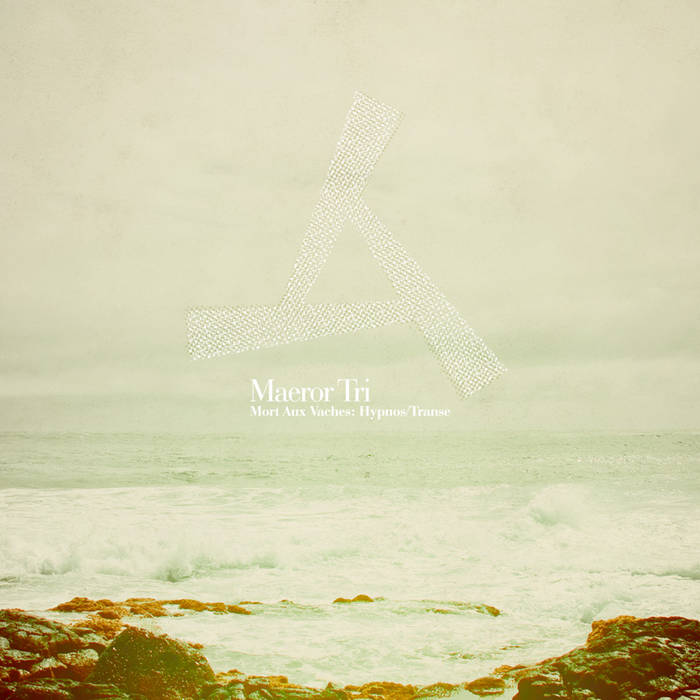 history lesson part 1 - the band: maeror tri were a three-headed band from bremen who stemmed from the german diy tape scene of the 1980s. with their unique brand of music, which they performed on 'real' instruments but made it sound purely electronic, they stirred the attention of a wider audience and accomplished considerable crossover success. praised by the critics, their disbandment in 1996 was much bemoaned.
nevertheless, ever since a number of archive and re-releases have compensated the fans for their loss, as well as the output of the maeror tri successors troum (still a major attraction in the drone/experimental ambient genre) and the audio & visual & paintings project 1000schoen.

history lesson part 2 - mort aux vaches: a long-running series of specially-packaged albums released by cult label staalplaat, all of them recorded as live sessions for a dutch radio station. mort aux vaches has so far featured around 70 artists, among them many big name acts such as merzbow, zoviet france, roger rotor and many others.

history lesson part 3 - the album: the aptly subtitled hypnos/transe (spelling deliberately chosen) was considered a magnificent legacy when it was posthumously released, combining all the elements that had made maeror tri special: their tracks sound strangely different anytime you listen to them, the elements never clearly reveal themselves but retain a fascinating secrecy, beautiful and demanding at the same time.

the track titles of hypnos/transe reveal the concept of music affecting and altering the mental state of the listener. the 'initiation' accordingly uses a long build-up structure, starting with soothing ambient sounds, but continually integrating more and more layers of drones and culminating in an entrancing shamanic rhythm. 'alternation' is in a darker mood, with low-end rumbling and sonorous mock chants appealing to the deeper realms of the psyche. 'expansion' is easily the noisiest track of the three, with eerie scraping thumps and squealing sounds (wind? whales? bombs?).
the psychogenic trip comes to its conclusion after 55 minutes, and one thing is for sure: after this listening session, you won’t be the same person as you had been before.

this fine reissue comes well right for a new generation of listeners to discover a musical gem which has long been a sought-after, high-priced collectors item - and also one may with good cause say that the new artwork is much easier on the eyes than the original’s bright pink.