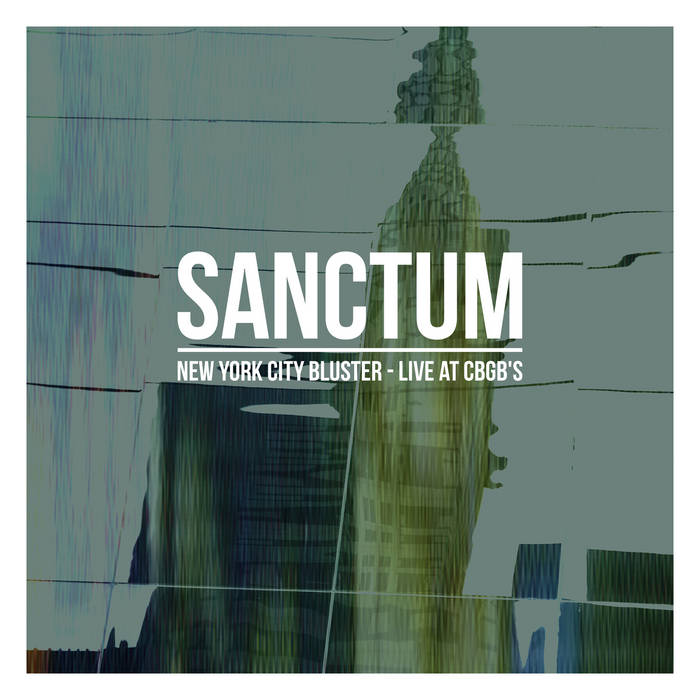 interlude, oddity, or more? with a tongue-in-cheek title this was originally released in 2000, albeit recorded a year earlier. the circumstances had been as such: lena and marika, who still featured in the line-up of sanctum at the time, could not make it to america, where sanctum actually played a whole string of gigs in 1999. the set was consequently altered, and consisted of only a couple of tracks from ‘lupus in fabula’ - which appear in a whole different shape as they’re presented minus the female vocal performance; also there are bits and parts from sanctum’s other projects, including an excerpt from the parca pace debut album, and some tracks would remain exclusive to ‘new york city bluster’ even.

in shiny sound quality, this album captures sanctum’s eclectic dark sound perfectly, with flamboyant instrumental parts, acute rhythms and contentious vocals creating the intense atmosphere of anxiety. in retrospect, it captures a moment in time that would be the passage from sanctum’s ‘softer’ original sound to the more upfront sonic endeavors they would pursue then. and it wouldn’t be until 2016 that another sanctum live recording saw the light of day - which is no news to the raubbau faithful anyway.

so indulge in this equally historical and enjoyable encounter of a memorable night, and like the original release this is dedicated to every human’s equal rights, something which will always remain topical, just like sanctum’s timeless sound.