nothing - live manifestations of the eighth pillar: maschinenfest​/​jerusalem 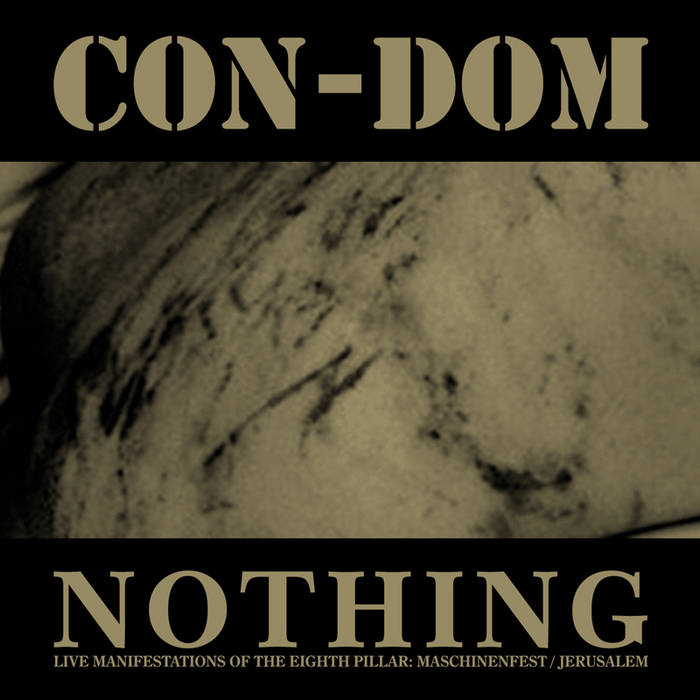 like shivers down our spines, we slide back into the past to indulge in two epic performances of con-dom - for the first time or once more. with our eyes closed, we drift into the almost physical experience of the maschinenfest 2012, where con-dom seduces us with bell tunes merged with machinistic sounds and vocals straight to the core. ever changing, the selection of samples and noisefloors takes us from scourged open deserts to hidden corners, a multi-facetted arrangement in perfect harmony with the shattering voice that echoes over. the trip continues on the b-side with a second assault - a never-before recorded or released ‘eighth pillar’ manifestation, from jerusalem - at the edge of the blasted sands. never enough, never too much. altogether, we enjoy more than one hour of con-dom’s finest live material saved on tape - subject yourself fully to control and domination.

artwork by dietrich.
layout by salt.