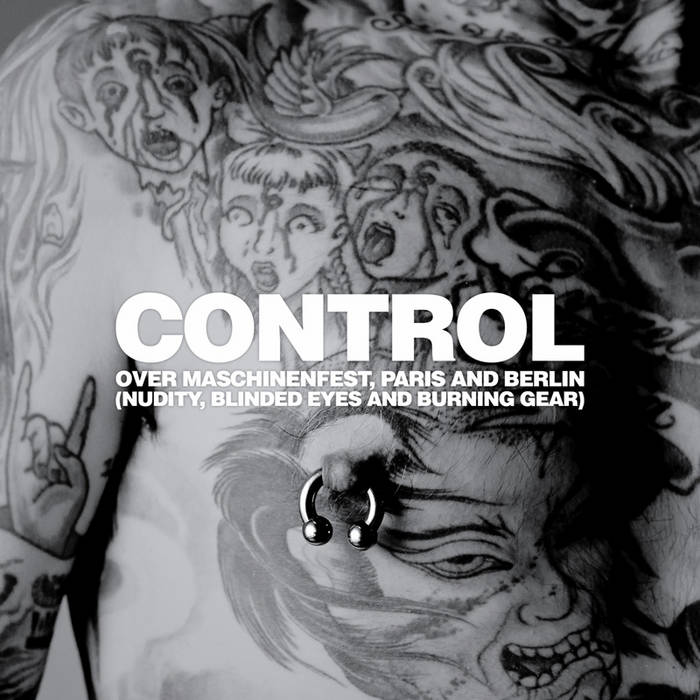 the 7th crusade was a nothing-less-than-ten-dates live tour through six european countries in 18 days, with the climax being control over the mighty maschinenfest stage. in cooperation with pflichtkauf, this is the third part in the series of live recordings after the con-dom tape which went down enormously well.

much has been said and written about how thomas garrison has managed to breathe innovation into the restricted power electronics style through his unique one-shot-recording technique, and really, where others are concerned with rage and aggression, control calls forth a whole range of emotions.

this confrontational attitude is always best savoured live - thus this album stands as a valuable document. the title refers to the pleasures and hardships that can be enjoyed and have to be endured during life on the road: a sleazy photo shoot in underwear (and you will turn green with envy upon learning that genevieve pasquier was also in it), painful arc-eyed-ness after overexposure to stroboscopes in paris, and a power converter up in smoke in berlin.

but despite all this, control is about sound, and this tape captures eight tracks in ear-splitting mixing desk quality. the majority of tracks is new or live exclusive, with “anoxia” being the calm before the storm of multilayered piercing noises, distorted bass sounds and upfront vocals that have been tested positive to conjure up primordial fears. a 48-minute trip that’s not for the feeble-hearted!

photography & layout by salt.
this tape includes an mp3-download-code.

If you like over maschinenfest, paris and berlin (nudity, blinded eyes and burning gear), you may also like: