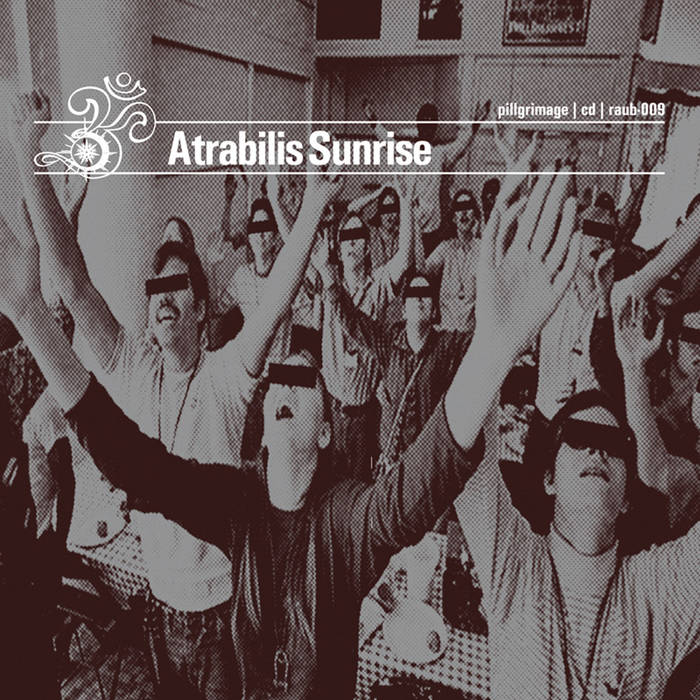 all things in life, whether good or bad, can be sold provided they're sugarcoated and smell like strawberries, pine trees or flowers; other goods can be sold provided they are applied on properly perforated blotting paper. the blue unicorn will scare you enough to miss out on the chance of a lifetime and bart simpson will turn out to be the savior who rescues the primitives. congratulations! you have just hit rock bottom.

"i have been taking quite a bit of these drugs lately and i feel different.
i hear voices and they tell me to be humble..."

atrabilis sunrise's "pillgrimage" is a story about psychedelics, religion and unconditional surrender; a possible soundtrack to an unnamed road movie involving more drugs than "fear and loathing in las vegas", more bad trips as in 'easy rider' and more sportive activities than seen in 'the passion of christ'.

"i see them becoming larger in numbers and i must follow the leader...
maybe you know him, he says he's your son..."

this songbook counts eleven tracks of some of the best death industrial you will most likely encounter for some time. eleven 'psalms' written and orchestrated by the frenchman padre p.c. who created atrabilis sunrise after the demise of catharsis. under this pseudonym he released several cdr's and one white vinyl 7" on formosan rec, the predecessor of raubbau.