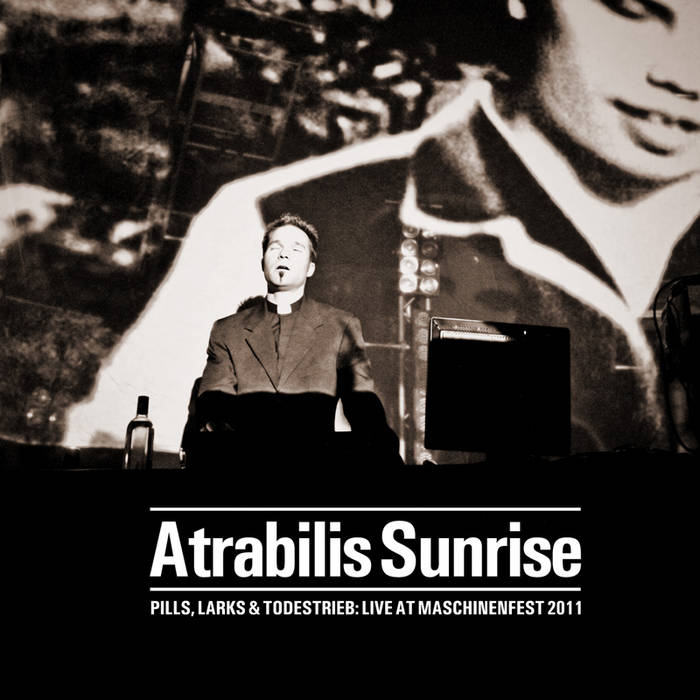 finally, we are able to relive through the chills and shivers that padre p.c. caused at maschinenfest 2011. the recording of his debut concert 14 years after his first release in 1997 clearly exceeds every expectation: acid death industrial at its best - atrabilis sunrise messes with our synapses as we wander between drones and distortion.

while we enjoyed studio versions of some of the tracks before, the live setting adds a completely new dimension. we become one with the audience again, the humming takes us further and further into the abyss where coarse noise floors mixed with heavy beat cannonades jump straight at us.

this recording is an unparalleled blend of everything we want from a first class noise project like atrabilis sunrise: thick layers of dark ambient, blasting rhythms and distorted screams straight from an industrial mastermind.