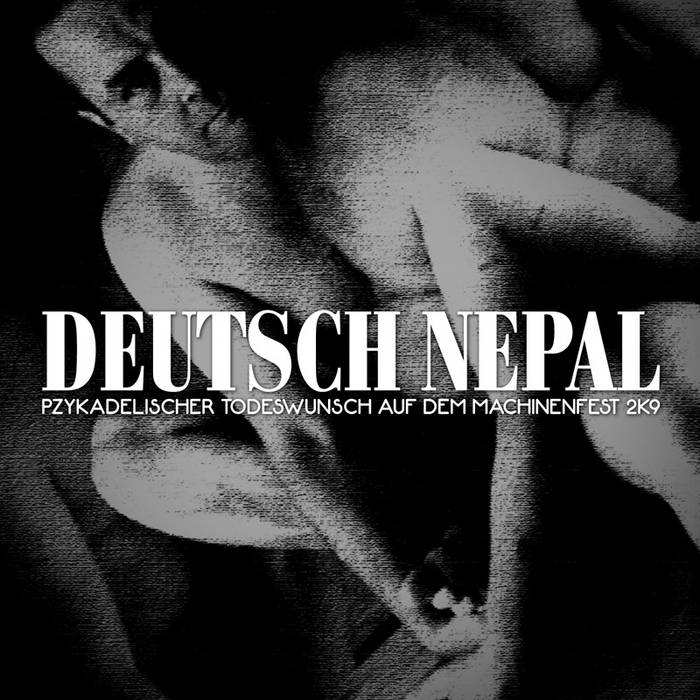 raubbau and pflichtkauf continue their cooperative effort to make available live recordings from the maschinenfest archives. and while there’s little use in an unaltered live presentation of studio material, there’s an important point in viewing into artists who treat their art into something very different on stage. and of that kind, deutsch nepal is surely a prime example: on stage the musician peter andersson disappears and makes room for lina baby doll, the intransigent libertine, the vaudeville villain of post-industrial music.

defying boundaries of taste, defying genres and trends, a deutsch nepal performance is always a private revelation. this recording from 2009 consists mainly of tracks from 'a silent siege' and 'erotikon' (the two studio albums deutsch nepal released in the 2000s) plus some live exlusives. there are all the aspects of the deutsch nepal sound to be discovered during these 47 minutes: the ritual drones of 'the torturesofa / saeta', the psychedelic blur of 'stella krutjief / drogentodt', the martial drumming of 'blackhouse', the oppressive noises of 'i just fokos an maiself' (sic!) or 'karkucak', the dark, anthemic beauty of 'heartbomb', the distorted aggression of 'silent siege', and the psychic striptease of 'thiudinassus / deutsch nepal'. the sound is raw and gritty, perfectly communicating the atmosphere of the performer / audience interaction, an extremely organic-sounding compound of electronic sounds and samples; and above all, there’s the subsoil croon of lina’s voice, turning tracks into songs, experiment into heartfelt passion. timeless entertainment, for those inclined…

If you like pzykadelischer todeswunsch auf dem machinenfest 2k9 - deutsch nepal live in essen, you may also like: