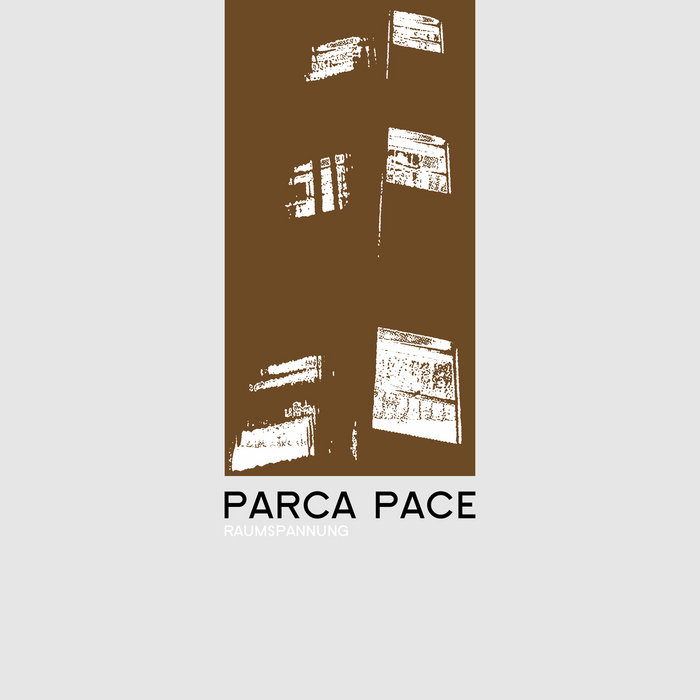 after parca pace’s intense and challenging debut of 1999 jan carleklev took good care of his other projects - and it wasn’t until he had put out seminal albums with azure skies, mago and sanctum respectively before he turned to his most intimate outlet again. so in 2005 the sophomore parca pace cd surfaced on cold meat industry (which was still going strong at the time). ‘raumspannung’ proved a surprisingly sympathetic conceptual album, combining industrial undertones with a wealth of neo-classical composition.

clocking in just under 50 minutes again, this time it came in neatly divided nine separate tracks, accompanied by a lavish explanation of the conceptual background: living between walls, dealing with isolation, tearing down walls. tension is expressed through the omnipresent contrast of a - sometimes outright pompous - melodic lead with noisy feedback and subtle rhythms. plenty of variation, perfectly arranged ensured high entertainment value for the genre connoisseurs.

elaborate composition and a remarkable knack for detail led to very favorable responses upon the release of ‘raumspannung’ and have since safeguarded the material successfully against the ravages of time. still topical and enjoyable, parca pace’s second - and so far last - album is well worth to be saved from oblivion!