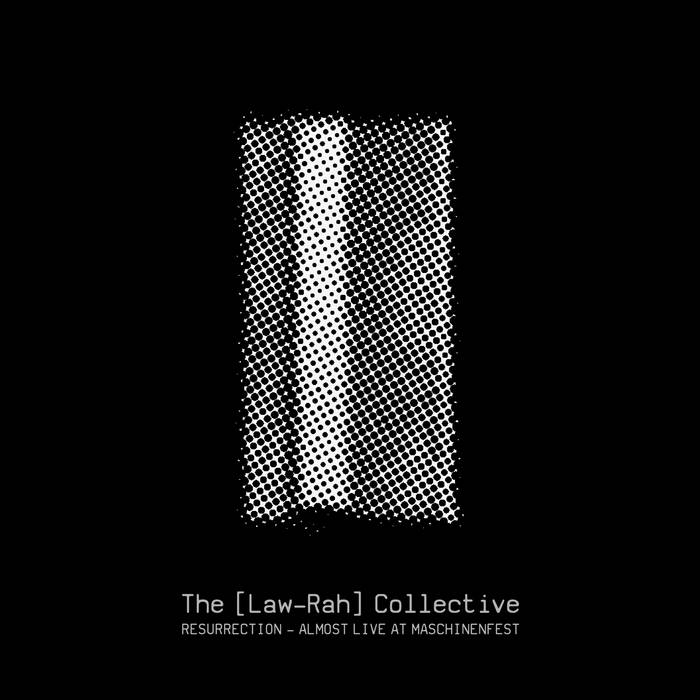 on october 12th 2016 the [law-rah] collective performed at the annual maschinenfest in the turbinenhalle in oberhausen, germany. for this event the collective was bauke van der wal and martijn pieck (cinema perdu). many releases by the [law-rah] collective have been a collaborative effort of these two musicians / sound artists but the latest cd on raubbau, entitled 'invocation', was released as a split album. the reason for this release to be a split and not a normal [law-rah] release was mainly because we wanted to experiment with the different approaches to the same subject ('the loss of a friend') and combine this into a whole.

for the show at maschinenfest the only true collaborative output on the cd formed the basics and the concept was to turn that 6 minutes track into a 45 to 50 minutes soundscape. this meant a lot of preparation in our separate studios, conceptualization and sonic experimentation. bearing in mind the idea to record the performance and have it released; to have closure to the subject that made us create 'invocation'.

those who were at the show will remember a darkened stage and scarce light-beams, enough to be confronted with the depth of the sound on that massive sound system, the resonating concrete floors, turning the performance into a moment of reflection to your inner self. and that was our concept; to create a wall of drones and structures; emphasizing the present to separate the past from the future. closure.

but as we had put so much time in this single performance (without kidding, but it will be about 3 months of spare time / studio time for each of us) we wanted to put our effort to good use. so we recreated the live performance with all of the preparations, sounds, concepts and most importantly with the same intention as if we were on stage.

so even when it's not ‘live at maschinenfest’, it is what we wanted it to be. a 50 minutes wall of drones and structures. and maybe, just maybe it's even better than the performance itself because after all we had some extra practice and we took more time to make it sound the way we intended in the first place.

so with pride we present to you 'resurrection - almost live at maschinenfest'.