by no festival of light 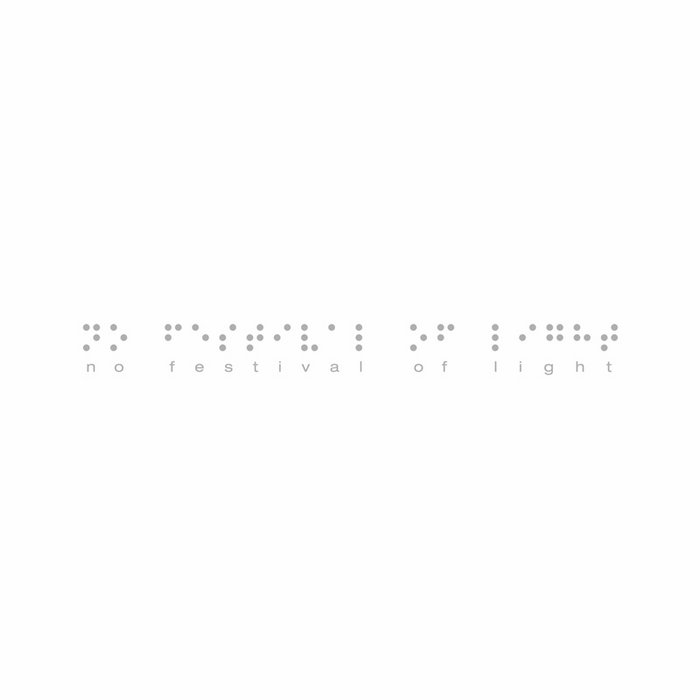 tautology it is not just a word that was chosen to fit the new cd by no festival of light. it is a well chosen term, meaning an 'always valid, universal unconditioned truth' when used within logic. within linguistics tautology refers to 'a series of self-reinforcing statements that cannot be disproved because they depend on the assumption that they are already correct'. in conclusion: the album 'tautologia' by no festival of light is about the truth, not about the possibility whether you can handle it or not.

fredrik bergström is a name which - if you didn't know it already - you will never forget from this moment on. his solo projects include n.f.o.l. as well as p/d(b) and as a member he has been recording / performing with deutsch nepal, mortiis, ordo rosarius equilibrio, sator absentia, second skin and tarmvred. this broad variation of music activities are part of the origin of fredrik's search for truth and the sound and complexity of 'tautologia' is a logical as well as truthful reflection of this quest.

two longer soundscapes entitled 'tauto' and 'logia' define the framework for what can only be defined as the truth. preconditions include, but are not limited to field-recordings, analog sequences, voices, minimal rhythms, recorded atmospheres and imaginable emotions.

raubbau is very proud to present the first full release by no festival of light since 2001. and we can say in all sincerity that waiting twelve years was worth it: every second!