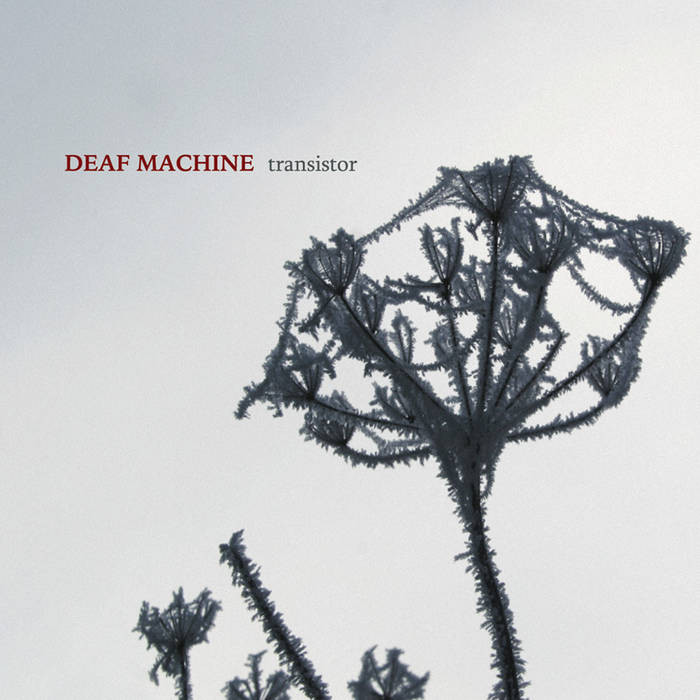 the german label raubbau have decided that the time is ripe to end the nearly two decades of severe under-exposure for deaf machine, the megaptera offshoot conceived by mikael svensson.

previously in 2008 the "found noises" cd was put out, a release that was met with great enthusiasm.

a majority of listeners to industrial music were up until this year not even aware of the name deaf machine. only a minuscule fraction had ever heard the music. merely ten people can claim to actually own the original tape release. but certainly the extremely limited nature of an album does not automatically imply that its content merits another issue. in the case of "transistor" any such fear of groundless hyperbole can be scrapped. while operating within the confines of death industrial, the sound of deaf machine clearly lacks antecedence in its more oppressive, minimal approach; a rhythm-less universe inhabited by the creaking noises of analogue devices and metallic artefacts, and fleeting voices leaking through from media broadcasts. svensson may have been a minor player in the scene, but his precious few moments of brilliance are now finally captured for posterity.

what more semi-forgotten corpses from the heyday of swedish death industrial are waiting to be unburied?

all tracks originally released on the "transistor" tape.
self released on nüxdorf recordings, 1992 in an edition of 10 copies.

all tracks composed, performed, recorded and mixed by mikael svensson
restored from the original tapes and mastered by magnus sundström